American debacle and disintegration in Afghanistan!

It is still too early to decide on the situation in Afghanistan and the withdrawal of the United States (indopacific refocusing or real withdrawal, no longer having the means of their policy?). But this "scandalous debandade" as it unfolded is indicative of a real moral lapse! In a few days, the myth of the great American civilization fell apart. 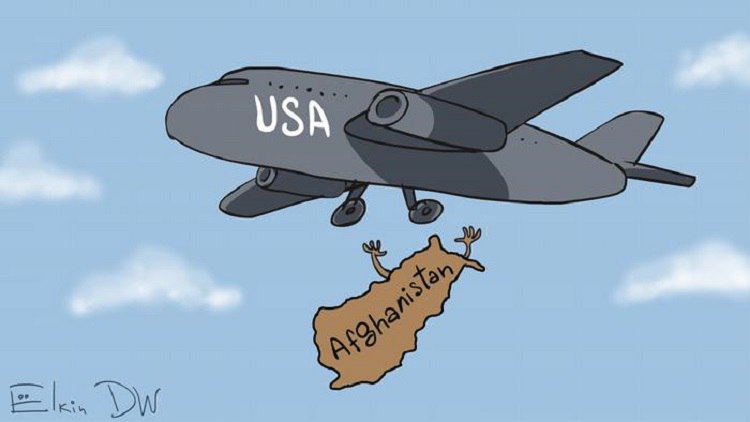 Indeed, without even consulting their NATO allies who are present on the ground, the United States withdrew its troops from Afghanistan, after having occupied it for more than 20 years under the pretext of the attacks of September 11, 2001.

Without regard for their native allies, they took the gunpowder with the gold reserves of the country, not hesitating to take off their planes despite some Afghans, desperate, clutching their wheels, dropping them from the sky!

Then they blocked the country's financial assets ($9 billion), banned access to IMF foreign exchange reserves, suspended any transfer of dollars to the country, even prevented Afghan savers from having access to their bank accounts!

And what have they brought to this country during these 20 years? Corruption, poverty, insecurity, the intensive production and export of heroin, opium, morphine, crack cocaine (although eradicated during the time of the Taliban between 1996 and 2001), the looting of its mineral resources (copper, cobalt, gold and especially lithium ...)!
And the so-called formation of a national army of 300,000 men that disintegrated without a blow on August 15, 2021, with a president of the country, set up by them, having fled…

What were the trillions of dollars they claim to have spent on Afghanistan used for?

Apart from 'saving their furniture' at the expense of others, what did they hope to cause by their departure? Start a civil war? It is true that during these 20 years, they have never sought to bring the different Afghan parties and tribes together. Even, they negotiated their withdrawal with only the Taliban, without the local authorities!

'somalize' the country, transforming it into a center of terrorism (including the introduction of new takfiri terrorist organizations such as Daesh-Khurâsan)?

Sow chaos to destabilize the neighboring countries (Iran, Turkmenistan, Uzbekistan, Tajikistan, China, Pakistan) and allow themselves the right to intervene according to their will?

Once again the United States has shown that it is not a reliable ally! Even their Western allies (and in 1st place Great Britain), their regional allies (and in the head the Zionist entity) could not help but worry about it and protest against this form of withdrawal!

Let what happened in Afghanistan serve as a lesson for all the countries and peoples of the world! It is still too early to decide on the situation in Afghanistan and the withdrawal of the United States (indopacific refocusing or real withdrawal, no longer having the means of their policy?). But this "scandalous debandade" as it unfolded is indicative of a real moral lapse!