Ukraine: China refers its accusations of "disinformation" to NATO 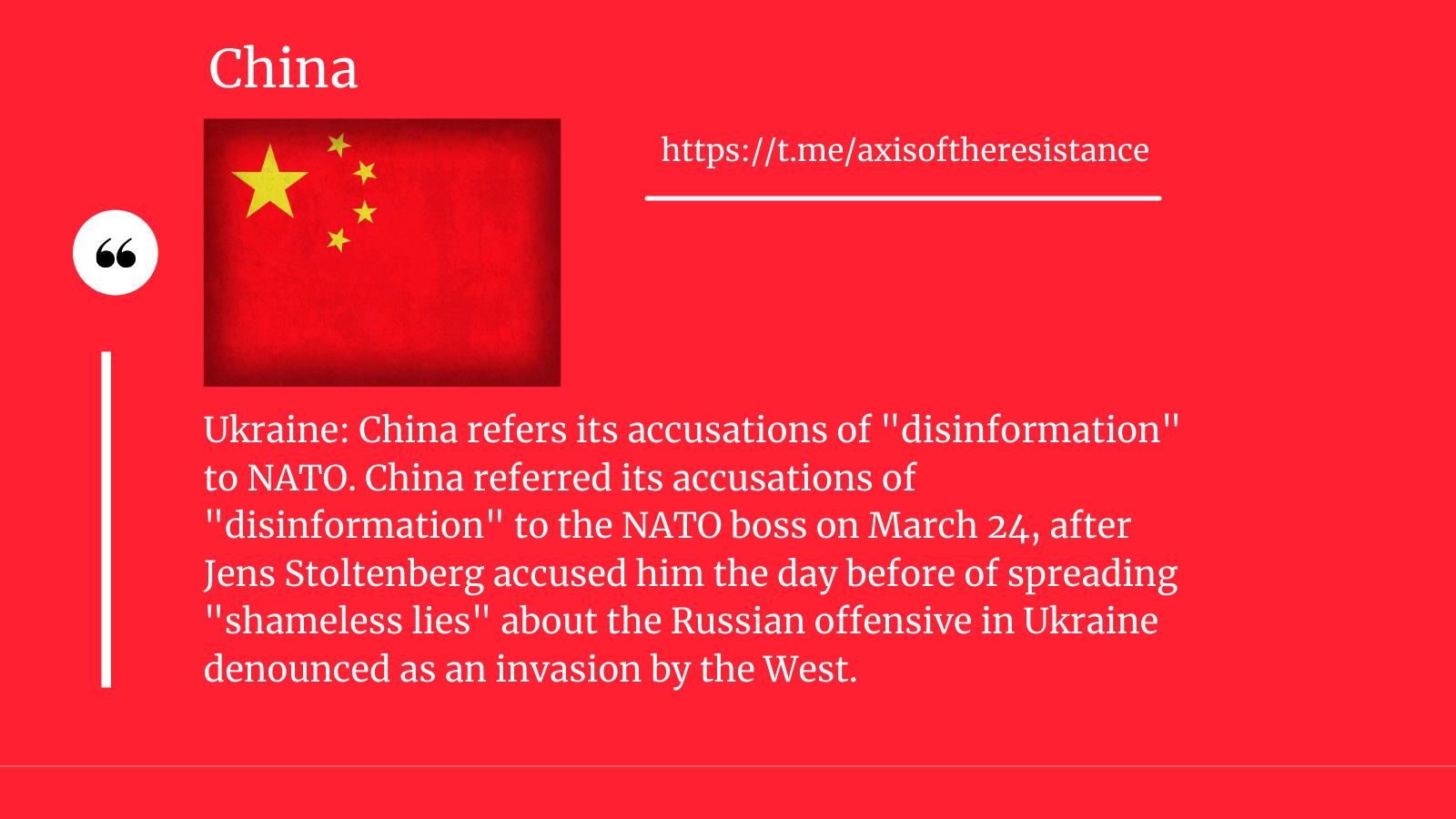 China referred its accusations of "disinformation" to the NATO boss on March 24, after Jens Stoltenberg accused him the day before of spreading "shameless lies" about the Russian offensive in Ukraine denounced as an invasion by the West.

Azerbaijan: 7 soldiers killed in fighting with Armenia on Tuesday Moscow denounces the "Hitler" overtones of the European discourse against Russia